'It's going to be devastating': Senators gear up for no-talking, no-electronics impeachment trial ru

The impeachment trial of President Donald Trump will be an unusual event in more ways than one.

It will mark only the third time in American history that a President faces a Senate impeachment trial. The trial is expected to interfere with -- if not halt entirely -- the usual business of the Senate and senators will have to comply with a set of rules that are not usually enforced and that may test their patience.

To start, lawmakers used to giving lengthy speeches on the Senate floor to weigh in on the issues of the day will instead have to be quiet. Official decorum guidelines for the trial released by Senate Majority Leader Mitch McConnell and Senate Minority Leader Chuck Schumer's offices say that senators must refrain from speaking while the case is being presented.

"That's going to suck," Republican Sen. Marco Rubio of Florida told CNN when asked about the no-talking rule. "I guarantee you it's going to be hard," he said, adding sarcastically, "but I think we'll survive."

"It's going to be devastating for some," Democratic Sen. Jon Tester of Montana said with a smile about the fact that senators won't be able to talk.

But Democratic Sen. Brian Schatz of Hawaii said the no-talking requirement "shouldn't be that difficult."

"The rules are there for a reason. We spend the lion's share of every day yammering. The least we can do in order to respect this process is abide by the requirement that we sit there and keep our mouths shut," Schatz said.

The trial won't get into full swing until next week, but the ceremonial start began on Thursday when the articles of impeachment were read aloud on the Senate floor and Chief Justice John Roberts, who will preside over the trial, swore in senators as they took an oath to do impartial justice.

Before the articles were read aloud, the sergeant-at-arms issued a warning: "all persons are commanded to keep silent, on pain of imprisonment, while the House of Representatives is exhibiting to the Senate of the United States articles of impeachment."

In addition to the mandatory silence, the official decorum guidelines say that electronic devices, including cell phones, are not permitted in the Senate chamber during the trial.

Republican Sen. John Cornyn of Texas commented that it will "be a new experience for a lot of my colleagues (to) not be able to talk and not be able to consult our email or text messages. But we'll live through it, it'll be alright," adding, "it's obviously a very serious and grave matter so we should be paying attention."

Cornyn predicted, however, that "frustration will build," especially since the proceedings will limit the ability to get anything else done, and called the ban on electronics "the coup de grace."

Schumer "basically said, just be aware that you won't have your devices, and it'll just be a totally different environment," Casey said, adding, "The rule is no devices on the floor generally, but it will be strictly enforced."

The no-devices rule was one of the items mentioned in the many presentations Schumer gave to the Senate Democratic caucus in their weekly lunches to prepare for the trial, a Senate Democratic aide told CNN. Schumer also showed Senate Democrats video clips from the 1999 impeachment trial of former President Bill Clinton to familiarize them with how the process played out on the Senate floor. 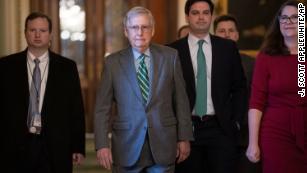 Republican Sen. Rand Paul of Kentucky joked that, in light of the no-talking, no-devices rules, he may have to come up with an alternative way to communicate with the outside world.

"I'm thinking about blinking to someone in the audience to transmit my messages out because I want to make sure that I'm communicating live. Don't tell anyone though," he said jokingly. "We can't divulge all the secrets, but just know that we're looking into it."

'I think it's refreshing'

Some busy senators are actually looking forward to the mandatory time to disconnect and unplug.

Democratic Sen. Ben Cardin of Maryland called the no-devices restriction "a real plus."

"I think it's refreshing," he said, "I don't have to be bothered by the phone every five minutes."

"I'm glad that we can put these devices down, I'm glad we will be sitting in our chairs, I'm glad that we are going to be focused on what's in front of us at that time. I think it's important, it's beautifully old fashion, and I think we should stick to it," she said. 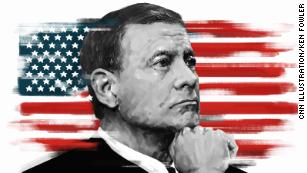 Tester said that not having access to a cell phone will be similar to when he's at home on his farm in Montana.

"It's not going to be hard for me. It's going to be like being on the farm where I don't have cell service anyway," the Democratic senator said. "I'm used to spending 16 hours a day and not talking to anybody sitting on a tractor."

Joe Manchin, a West Virginia Democrat, argued the no-electronics rule will keep senators from getting distracted. 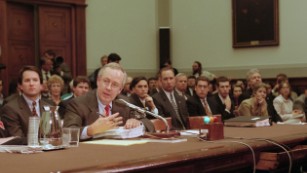 Senators are also expecting to work on Saturdays during the trial, which will be a change of pace for lawmakers typically able to leave Washington at the end of the week, sometimes as early as Thursday afternoon, to get back to their home states for the weekends.

Any work that gets done on Saturdays, though, will likely mean the trial speeds along quicker than it would if the Senate kept to its usual work week schedule.

"I wish we'd do that a lot more often," Republican Sen. Kevin Cramer of North Dakota said of working on Saturdays. "We could get a lot more done."

Manchin said senators "should be" working Saturdays during the impeachment trial. "If we're going to do this, let's do it."

CNN's Ted Barrett and Alex Rogers contributed to this report.